In 2011 after a three-year coaching program, Jen received her professional coaching certification from a premier coaching organization, the Institute for Professional Excellence in Coaching (IPEC). Jen is also active in the Austin International Coach Federation and ACC credentialed.

Jen began her coaching career as an internal coach for a school district. In 2013, she founded Clarity Through Coaching and opened her office in Georgetown, Texas, as a leadership and transition coach primarily serving the Central Texas area.

Jen Mauldin is a proponent of Dr. Brené Brown’s research and findings on vulnerability, worthiness and courage.  As a certified Daring Greatly™ and Dare to Lead™ facilitator, Jen works with individuals and gives presentations to small and large groups centered around the concepts presented in Brené Brown’s best sellers: Daring Greatly, Rising Strong and Dare to Lead.

For more than 8 years, Jen has worked with leaders, women and men in the Central Texas area as a leadership and transition coach.  Jen understands the power a coach can bring to a challenging situation in terms of deep listening, reflection, validation and accountability.

“Having Jen as a coach has been a blessing! She helped me transition from being a wife to a widow in the course of a year. Through asking questions, Jen helped me to take steps forward , one at a time, into the next chapter of my life.”
Client, Consultant/Writer 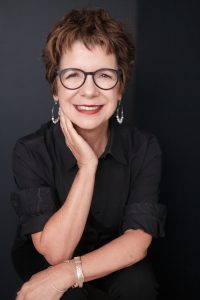 As a Leadership and Transition Professional Coach, I work with clients to help them to discover what is most important to them. Together, we design a plan to help them move forward in achieving their goals and eliminate the obstacles that block the way of getting what they want.

To experience the power of coaching, schedule a complimentary session by calling 512 763-6551 or emailing  jen@jenmauldin.com